Leap of Faith is a Boston based collective jazz improv group that has been around for almost two decades. They are a true independent band; releasing their music on cd-rs and through streaming, playing concerts mostly in the Northeastern US. Cellist Glynis Lomon and clarinetist PEK are the two longstanding members of the group, with a multitude of musicians who come and go throughout the years.

Here, on the live double album "Abstract Structures," they are joined by Eric Zinman (piano) and Yedidyah Syd Smart (drum), who with Lomon, and minus PEK, form a sub group called the New Language Collaborative. They appear on the first couple of tracks, "Occurrences" and "Isomorphisms," two powerful tracks that are full of atmosphere and dynamic interplay, each musician formulating their own sound within a context of a dream like sound scape, then diving into a Cecil Taylor like dirge, breaking then into a swirling whirl of cello strings, clashing of percussion, and punctuating piano. One can hear the influences of 70's and 80's free jazz from Chicago and New York, the European and Far Eastern improvisations.

"Quantifications" introduces the line of of Leap of Faith proper, with the inclusion of PEK, and Zinman and Smart replaced by Steve Norton (clarinets, saxophones) and Yuri Zbitnov (percussion, voice). This track is a 45 minute plus opus that meanders, twists and turns, from near silence to bursts of noise. What is striking is that throughout the creativity and music never falters or wanders off into sheer noodling; they stay smart and true to their sound, breaking away from a line of music, only to begin another. Their level of play is very high, and again, the interplay is outstanding.

"Rule of Interference" and "Universal Instantiation" are from volume 2, equally split between the New Language Collaborative and Leap of Faith factions. "Rule" has abstract vocals, solemn and chant like, working in tandem with the cymbals and the cello, piano providing an impetus, then veering into a strong percussive conclusion form all the instruments. "Universal" is another massive 40 plus minute track, sounding industrial and metallic, with snarling vocals. The bells, banging pipes or sheets of metal continue throughout, forming its own wall of sound, pounding out an abstract solo, then joined by Norton and PEK, horns blaring, fervently searing almost Middle Eastern like as it reaches for the heavens with it plaintive cry. But the percussion dominates, Smart (rejoining the group from the first session, replacing Zbitnov) hammering his drums to a pulp. Cello and horns take over the remainder of the track, soothing the abrasions that came before it, then concluding the album with an aggressive sneer and percussion of bells and sheet metal.

What one comes away from this diverse and intense live set is the bottomless creativity of the musicians. The music is intelligently paced, and the breaks in tone and shifts of approach and sound are appropriately done. This is an excellent outing that should be heard. Recommended.

Leap of Faith is playing at the Lily Pad in Boston, June 16th​ 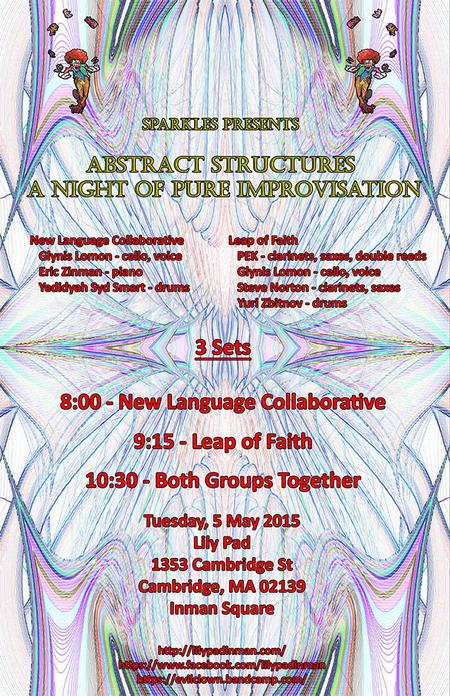 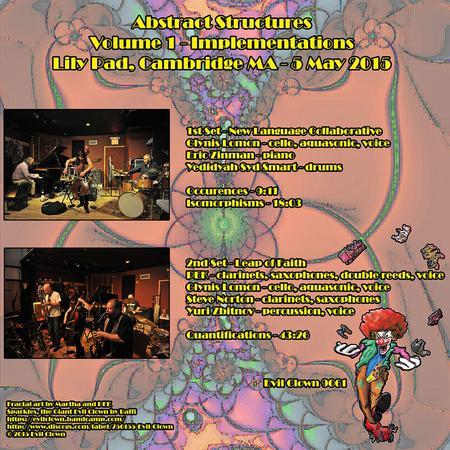 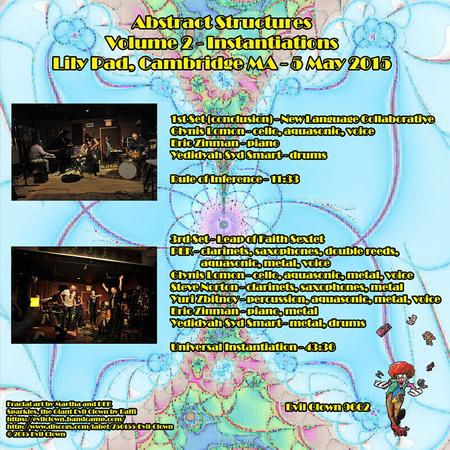 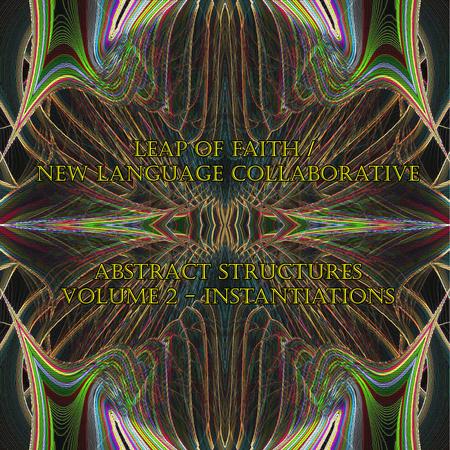 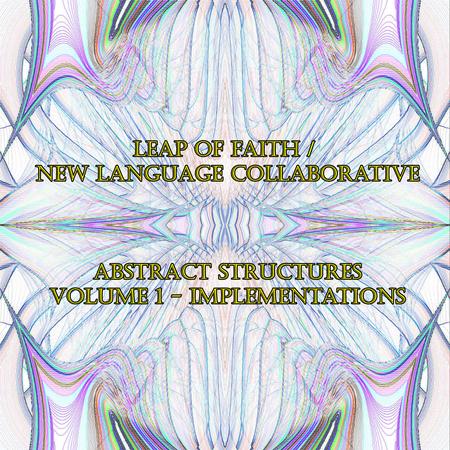