LEAP OF FAITH [PEK/GLYNIS LOMON et al] - The Fucked Up Circus Comes To Town (Evil Clown 07; USA)  Leap of Faith is a longtime Cambridge, Mass-area based ensemble with more than a dozen self-produced CDs. the main trio, found here, is Dave 'PEK' Peck on saxes, clarinets & bassoon, Glynis Lomon on cello & voice and Yuri Zbitnov on percussion. If you haven't heard of any of the members here, you are not alone since I only know Ms. Lomon from her work on the last couple of discs with Bill Dixon. Dave Peck is a longtime, faithful customer of DMG, and he was the one that provided us with some dozen or so discs from Leap of Faith. This disc was released in 2001 and unlike most of the other discs from LoF, this one consists of just one long 63+ minute piece.

The F*cked Up Circus Comes to Town' does have a drawing of an evil clown on the cover and it is no doubt a rather disturbing title to this disc. I have a particular fondness for this trio since they work so well ogether and even after reviewing six discs so far, I am eager for more. The balance of the reeds (mostly clarinets, bassoon or bari sax), cello and percussion is just right. The music moves from sparse to gnarly to very intense, free yet somehow connected. At times, it sounds like a conversation between aliens or even animals (for the occasional shriek), but it does make sense once you get used to it. PEK's twisted reeds and Ms. Lomon's cello seem to be coming from a similar place, often bending their notes around one another or together. At times, this music is somewhat disorienting. Mostly it is fascinating as well. 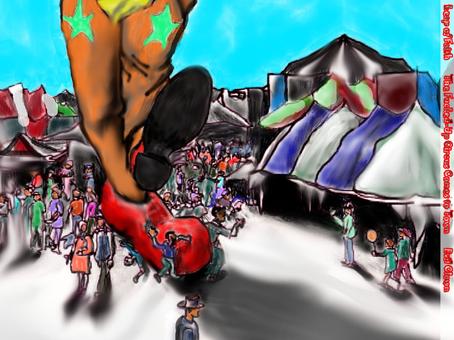 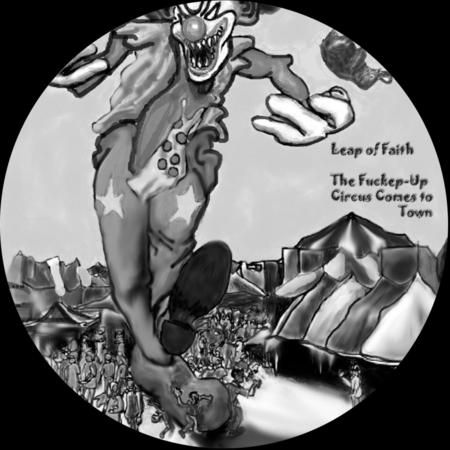 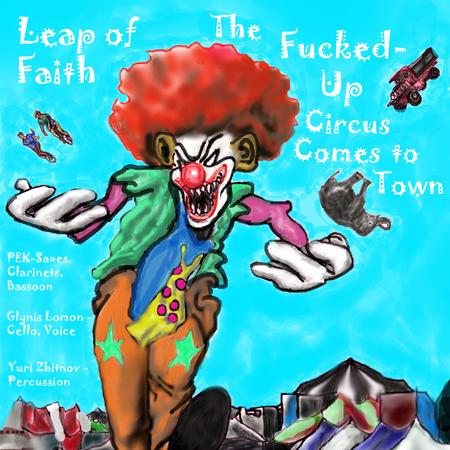 Leap of Faith ‐ The Fucked up Circus Comes to Town 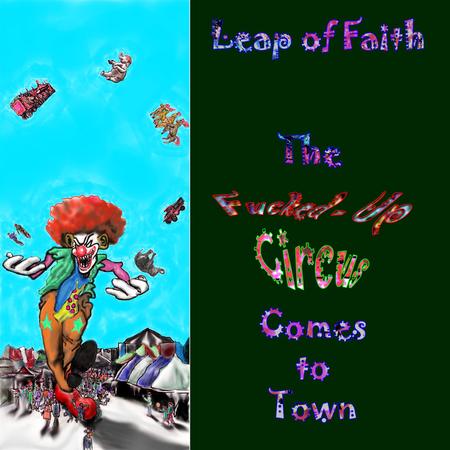 The Fucked up Circus Comes to Town