LEAP OF FAITH/METAL CHAOS ENSEMBLE - Hyperbolic Spirals Vol. 1 (Evil Clown 9079; USA) This disc consists of two sets from two different ensembles with some shared members, all recorded in one evening (September 12, 2015) in Somerville, MA. The Metal Chaos Ensemble are first and consist of PEK on clarinets, saxes, double reeds, theremin, synth & game calls, Andria Nicodemou on vibes, Matt Samolis, Kevin Dacey & Yuri Zbitnov on drums, metals & percussion. Dave PEK, founding member of Leap of Faith, organized the Metal Chaos Ensemble during the past year or so and now have some ten discs out on the Evil Clown label. Each performance they do, whether live or PEK's studio is recorded and soon released. This set is from just three months ago and it is extraordinary. It is well recorded with some expensive gear and balanced just right. The music here has a ritualistic vibe which is often mesmerizing. The blend of several layers of percussion, metals bowed & banged, synth, vibes is like a dream unfolding. The Metal Chaos Ensemble may be one of the best unrecognized units to emerge in a while, they are certainly in top notch form here. The set here by Leap of Faith features the regular quartet: PEK on reeds & metals, Glynis Lomon on cello, Steve Norton on clarinets & saxes and Yuri Zbitnov on drums. Their set on this night starts out quietly, slowly and builds in intensity as it evolves. The quartet version of Leap of Faith came out of retirement over the past year and have been playing more and more both in the Boston area as well as a short trip to New York during the past August (2015). The rare but occasional vocal outbursts come when we least expect and often signal an eruption and a change in direction or increased intensity. A bit scary at times! This is yet another colossal set so don't miss it!

From what I can tell, Hyperbolic Spirals is the most complete manifestation of saxophonist and orchestrator PEK's musical vision to date. Rarely does something so musically big and audacious come together in such a complete package!

The first track on the fist volume of the set is the core Leap Of Faith band (named below) - a quartet of intrepid and uncompromising Boston-based musicians who adhere to a very free and organic approach to music making. The opening half hour 'Asymptotes' is a great example of their collective thinking and individual aesthetics. Next up is a set by the Metal Chaos Ensemble, which while sharing some members with LoF, focuses on both typical and unusual percussion instruments. The rumble is augmented by stream of consciousness woodwind melodies that help to bind the whole event together.

However, it is the Leap of Faith Orchestra that has cornered the market on the sounds of the subconscious. The orchestra is comprised of all the woodwinds, cello and a vast array of percussion instruments and beyond, creates a sound that is otherworldly and mesmerizing. Scrapes and clangs of metal, a hybrid cry of rooster and human, fill the opening sequence to Vol 2 with a palpable tension.

The first 20 minutes is all texture and a diffused soundscape. However a culmination of chimes around the 10-minute mark seems to signal a new movement: the mood lightens, the clouds lift, and the pulse quickens. It takes a while for a somewhat anticipated buildup of the wind instruments to occur, but when it does, it's huge. Mixing with the chimes and splashes of sound from the metal, it's really quite moving when it reaches its zenith.

The orchestra is comprised of the core Leap of Faith quartet of cellist Glynis Lomon, drummer Yuri Zbitnov and saxophonist Steve Norton on saxophone, along with PEK, and the Metal Chaos Ensemble, which includes Andria Nicodemou, Matt Somalis, and Kevin Dacey on an incredible array of percussion instruments. How a LoF works is that there is typically three sets to a show: a guest artist, LoF and then a combined set. This is the combination of PEK’s two groups and was recorded live at a church in Somerville, MA in September 2015.
​ 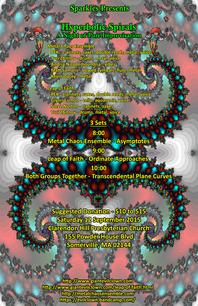 footage by PEK and Kevin Reilly 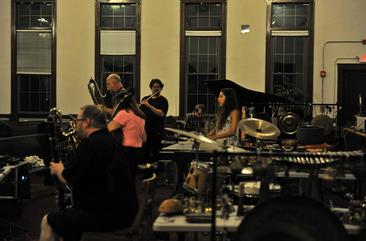 Photos of Rig by PEK 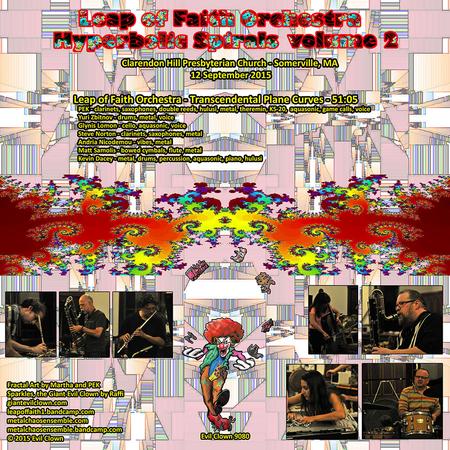 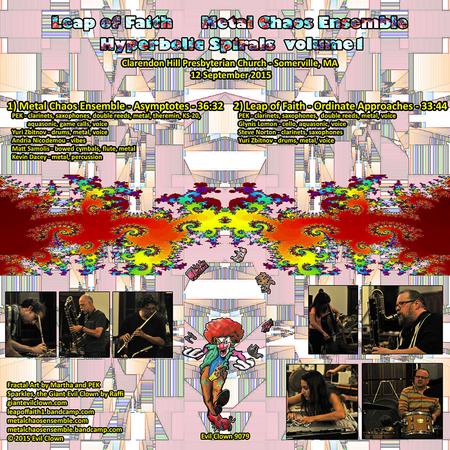 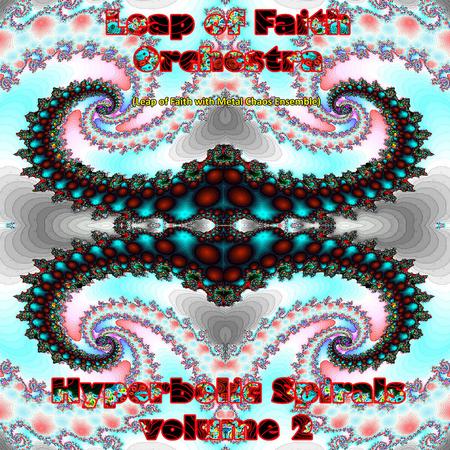 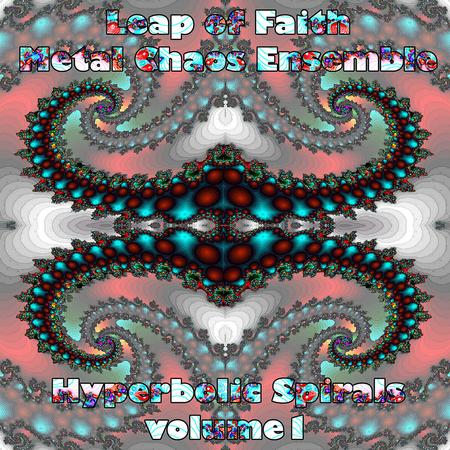