LEAP OF FAITH - If and Only If  (Vol.1)... Necessary and Sufficient Conditions (Evil Clown 9067; USA) Featuring the regular quartet: Dave PEK on reeds, metal & game calls, Glynis Lomon on cello & voice, Steve Norton on clarinets & saxes, Yuri Zbitnov on drums plus Dave Harris on trombone & tuba and Syd Smart on drums & metal. This disc was recorded at the Lily Pad in Cambridge in June of 2015. Besides the regular members of the Leap of Faith quartet, the other name here you might remember of drummer Syd Smart who has been around a long while and has worked with Frank Wright, Raphe Malik and Ted Daniel. Leap of Faith make each set special by taking their time, listening closely and conversing like friendly spirits. This disc begins with what sounds like distant sirens (a passing ambulance perhaps?) and evolves from there. Ms. Lomon takes the first unaccompanied cello solo, the forces bristling, before the rest of ensemble erupts. Dave Peck's double reeds, Mr. Norton's sax or clarinets, Ms. Lomon's cello, Mr. Harris' trombone and bother/either drummers interact and erupt at times, crazed spirits being set free. There is the occasional weird vocal bits here and there which are brief and always fit just right. Escapees from a loony bin or just musicians who need to be set free..? There are tow long sets here clocking in at around 70 minutes total. Can Leap of Faith do it again?!? You bet they can and do!

​LEAP OF FAITH - If and Only If - Volume 2 (Evil Clown 9068; USA) Featuring:  PEK on clarinets, saxes, double reeds, game calls & voice, Glynis Lomon on cello & voice, Steve Norton on clarinets & saxes, David Harris on trombone & tuba, Syd Smart & Yuri Zbitnov on drums & metal. This set was recorded at the Lily pad in Cambridge, MA on June 16th of 2015. This is the regular Leap of Faith quartet with two guests: Syd Smart, a drummer who once worked with Sam Rivers and Ted Daniel. This set, unlike some of the other more spacious ones, I've reviewed recently starts with a quicker pulse from either drummer's bass drum kicking things off. Slowly the double reeds, clarinets, cello, percussion and occasional weird vocals come in, as the layers expand. Ms. Lomon's odd plucked cello is often at the center as the different drones from the reeds or brass appear, floating in layers.  Less ritualistic, yet just as mesmerizing as these longtime free music specialists combine forces to produce another cosmic brew. I dig that there are a number of more stark and mysterious sections instead some of the over-the-top weirdness that Leap of Faith usually go for. - Bruce Lee Gallanter, DMG CD $10

If and Only If:  Neccesary and Sufficient Conditions - Volume II 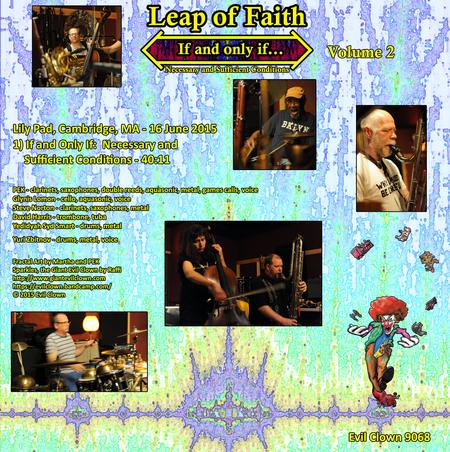 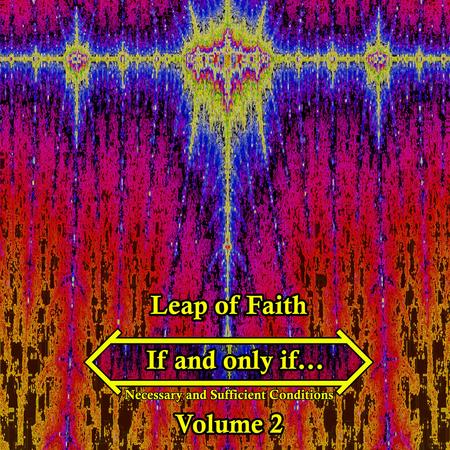 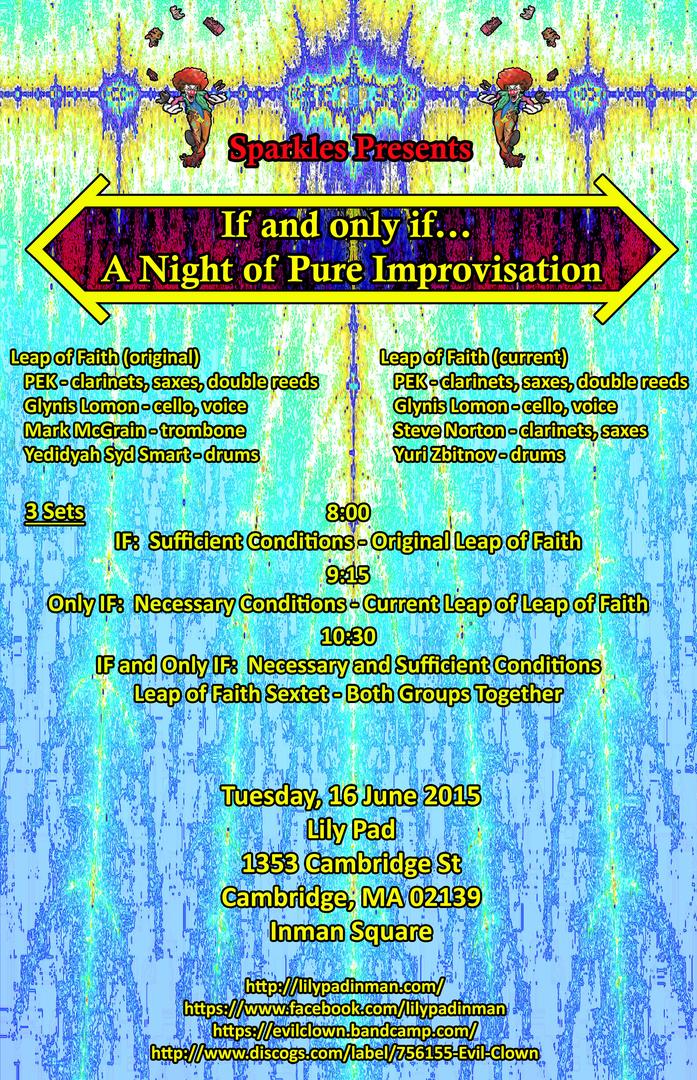 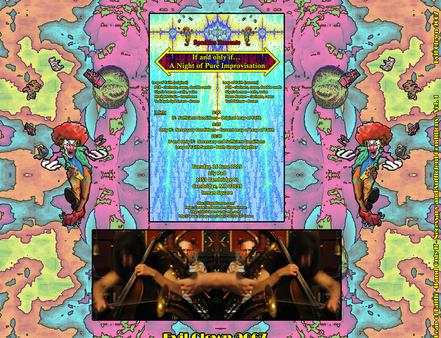 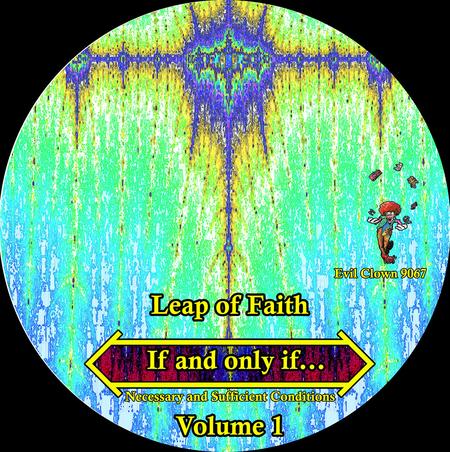 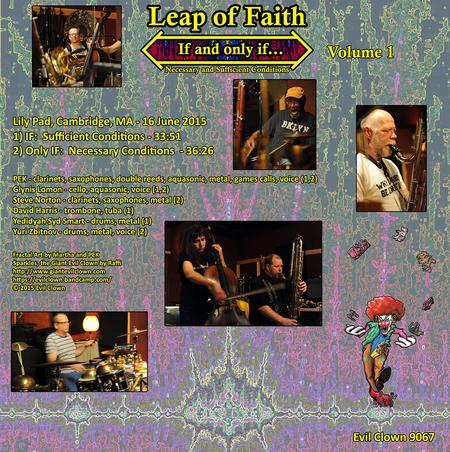 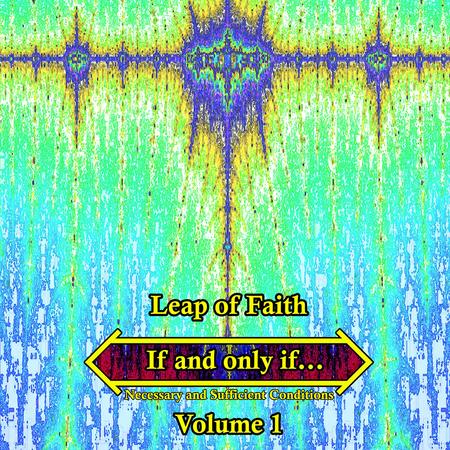 If and Only If:  Neccesary and Sufficient Conditions - Volume I

If and Only If: 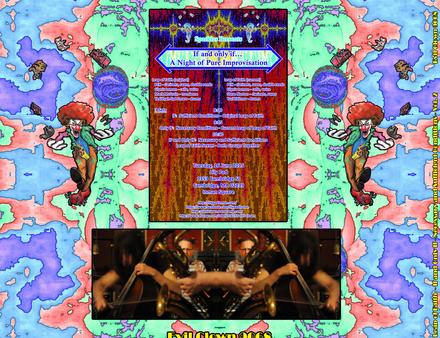 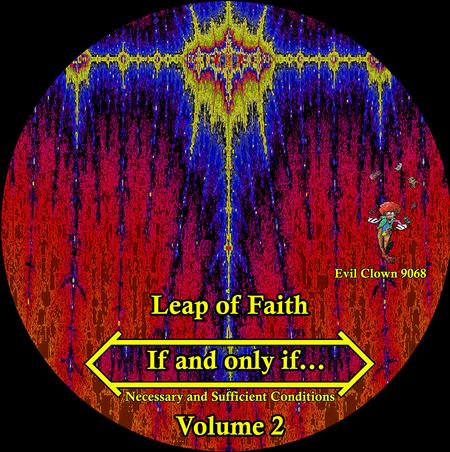