LEAP OF FAITH - Riemann Surfaces (Evil Clown 9077; USA) Featuring PEK on clarinets, saxes, double reeds, metal & voice Glynis Lomon on cello, aquasonic & voice, Steve Norton on clarinets, saxes & metal and Yuri Zbitnov on drums, metal & voice. This disc consists of two sets, both recorded in August of 2015, one at New Revolution Arts in Bushwick, Brooklyn, the other at the Lily Pad in Cambridge, MA. I was at the set in Brooklyn and I recall it very well since it was one of the most intense music experiences I've attended in a long while! This is the regular Leap of Faith quartet with no guests and they are in wonderful form here! Both sets are long (35+ & 32+ minutes) and wind their way through a variety of sections. Dave Peck brought with him a relatively small number of reeds than his usual mass at home, perhaps a dozen here. Mr. Peck would start with one reed at a time, working his way through them all over the evening. The night also consisted of a solo trombone set from Steve Swell plus Mr. Swell sitting in with LoF on their second set. This was the first set that night and it was a gas!  Ms. Lomon played mainly cello (immensely well!), standing up with occasional weird vocals and something known as aquasonics which is like a metal vase which is bowed. Mr. Norton also just played one sax or a couple of clarinets, taking his time on each one. Mr. Zbitnov is one of the best (lesser known) drummers I've caught in a long while and was integral to the group magic/dynamic. Things build here to an intense frenzy which is almost too much at times yet is still transcendent its own weird way. Both of the sets here capture Leap of Faith at their best, focused, spirited and likely to blow your minds inside-out! This is my favorite of the dozen or so discs I've reviewed of their so far! 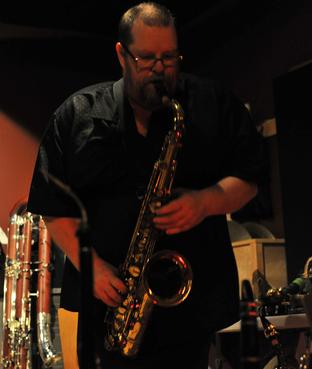 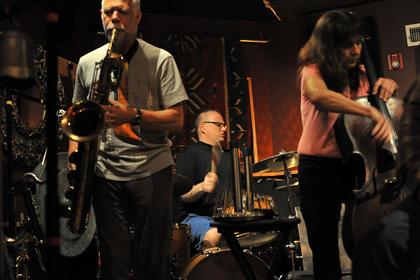 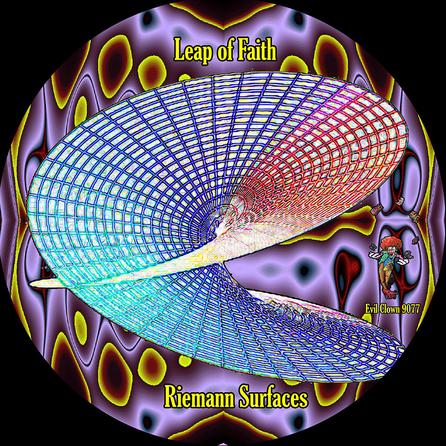 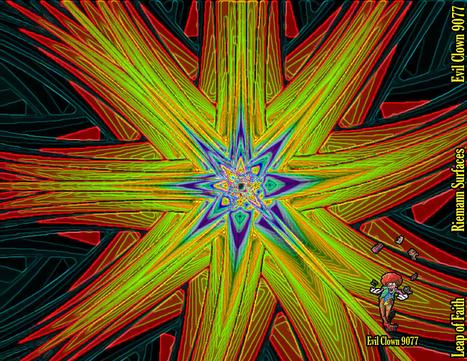 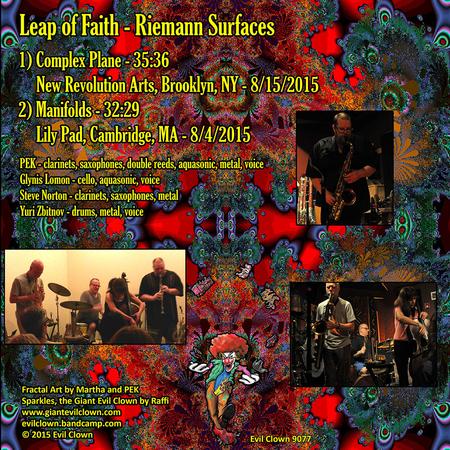 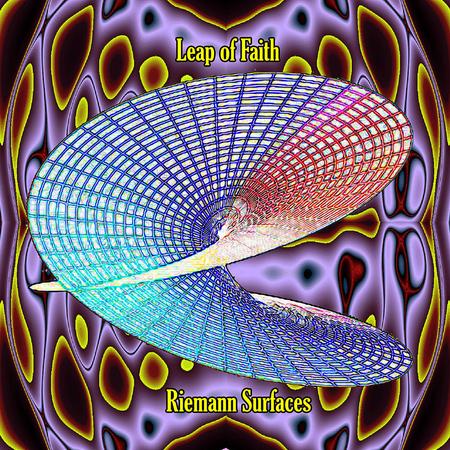