METAL CHAOS ENSEMBLE [PEK/YURI ZBITNOV/CATHERINE CAPOZZI] - War Tuba (Evil Clown 9056; USA) Featuring PEK on double reeds, tarogato, clarinets, aquasonic, Yuri Zbitnov on metal, chains, etc and Catherine "Axemunkee" Capozzi on guitar & aquasonic. The Metal Chaos Ensemble have three discs out on Evil Clown, each one with Leap of Faith members PEK (multiple winds & voice) and Yuri Zbitnov (percussion). The third or fourth person changes on each disc. The third person here is Ms. Catherine Capozzi on guitar. This disc was recorded in Dave PEK's house and contains one 51+ minute track. In the first section we hear mostly layers of ritualistic percussion: mostly bells, cymbals, gongs, etc. The combination of metallic percussion is pretty hypnotic. Eventually, Pek picks up a double reed which makes bent, animal-like sounds while Ms. Capozzi plays strange sounds on her electric guitar, although it is hard to tell what she is playing at times. Eventually the trio takes off with Capozzi playing some disturbing fuzzed guitar while someone else does scary vocals in the distance. A cosmic boogie or something equally disturbing?!? The cover of this disc features a number of evil looking serpent-like horns (bassoons?) on wheels with an army marching underneath. The title and cover of this disc, "War Tuba" doesn't quite prepare for the scary sounds within. - Bruce Lee Gallanter, DMG 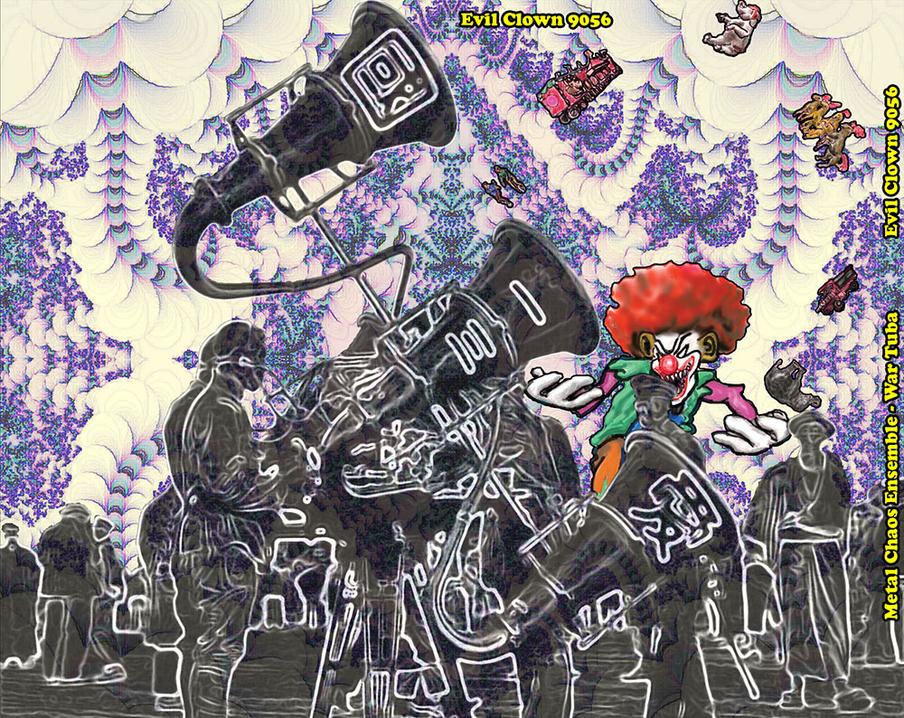 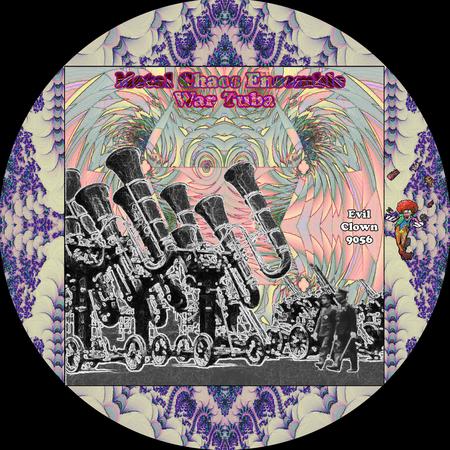 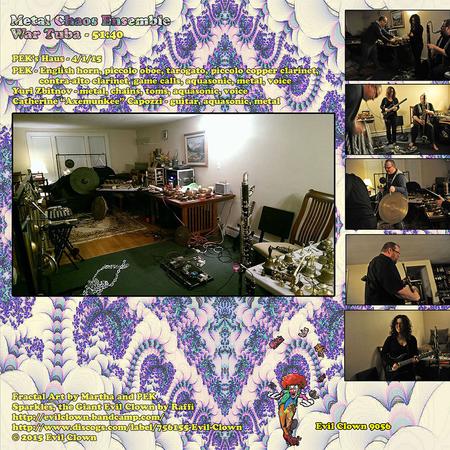 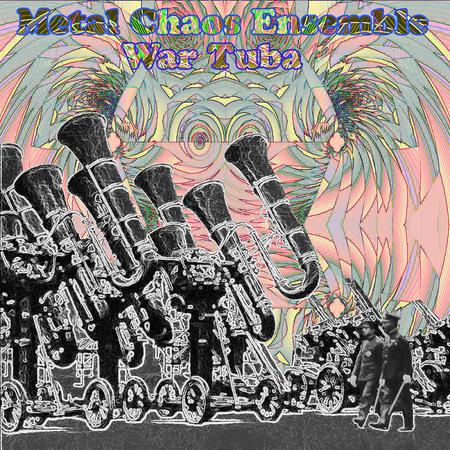