Things have been very busy recently at Evil Clown Headquarters…

I started a New webpage for Evil Clown http://www.giantevilclown.com/

The GiantEvilClown site contains links to Bandcamp for streaming and sales, artwork for every album, photos and videos of many performances, Bios for most involved, etc.  It is not finished yet, but a lot of the material is in place.  It will probably take another month or so to wrap up the site for everything that currently exists.

I have started to digitize all of the video from the 90s period, and it looks like I have another 10 shows or so of video to post.

REVIEW by Bruce Lee Gallanter, Downtown Music Gallery
METAL CHAOS ENSEMBLE [PEK/TONY SAVARINO/TAMORA GOODING/YURI ZBITNOV] - Molten (Evil Clown 9063; USA) Featuring PEK on oboes, bassoon, clarinets, shenai, alto sax, etc., Tony Savarino on guitar, metal, drums, Tamora Gooding on metal & drums and Yuri Zbitnov on metal & drums. Of the three Metal Chaos Ensemble CDs reviewed today (7/2/15), this is the only one with four members, two of who play mainly metal & drums. "Molten" is one hour-long work recorded at Evil Clown Headquarters in May of 2015, less than two months ago. It begins with multiple metals, gongs, cymbals, drums and assorted percussion. Quite hypnotic and well recorded. Similar in some ways to the Art Ensemble of Chicago, this music has otherworldly, ritualistic sort of sound. When PEK picks up that double reed (a shenai?), they move into the section which soon includes some strange vocal sounds at one point. Systematically PEK works his way through some eight different reed instruments while Tony Savarino switches between guitar and percussion, the sound of the ensemble ever-evolving and mutating. Another strange yet transcendent journey for the Metal Chaos Ensemble. - Bruce Lee Gallanter, DMG


Metal Chaos Ensemble album War Tuba Reviewed by Bruce Lee Gallanter for Downtown Music
METAL CHAOS ENSEMBLE [PEK/YURI ZBITNOV/CATHERINE CAPOZZI] - War Tuba (Evil Clown 9056; USA) Featuring PEK on double reeds, tarogato, clarinets, aquasonic, Yuri Zbitnov on metal, chains, etc and Catherine "Axemunkee" Capozzi on guitar & aquasonic. The Metal Chaos Ensemble have three discs out on Evil Clown, each one with Leap of Faith members PEK (multiple winds & voice) and Yuri Zbitnov (percussion). The third or fourth person changes on each disc. The third person here is Ms. Catherine Capozzi on guitar.
This disc was recorded in Dave PEK's house and contains one 51+ minute track. In the first section we hear mostly layers of ritualistic percussion: mostly bells, cymbals, gongs, etc. The combination of metallic percussion is pretty hypnotic. Eventually, Pek picks up a double reed which makes bent, animal-like sounds while Ms. Capozzi plays strange sounds on her electric guitar, although it is hard to tell what she is playing at times. Eventually the trio takes off with Capozzi playing some disturbing fuzzed guitar while someone else does scary vocals in the distance. A cosmic boogie or something equally disturbing?!? The cover of this disc features a number of evil looking serpent-like horns (bassoons?) on wheels with an army marching underneath. The title and cover of this disc, "War Tuba" doesn't quite prepare for the scary sounds within. - Bruce Lee Gallanter, DMG

This disc was recorded just over a month ago on May 27, 2015. The title here is "Chrononauts" which are time travelers and that seems appropriate for this unit which has that ancient to the future sort of sound plus a time machine-like image on the cover. The electronics and percussion work together here quite well and it is hard to tell them apart at times.

Beginning with spacious, mysterious sounds and building in intensity from there. Is more strained than the other discs by Metal Chaos Ensemble. If you are patient it does take us away a journey to another place. The vibe changes once PEK picks up his reed or double-reed and a ritualistic groove takes over for a bit, the vibe gets darker and quite a bit more intense.

Take a chance with a disc from Leap of Faith or the Metal Chaos Ensemble and being taken away to another time or place. - Bruce Lee Gallanter, DMG

I have started to digitize video shot of 90s and 00s Leap of Faith Performances to be posted on YouTube.

Here is a link to my YouTube Channel
https://www.youtube.com/channel/UCCprJy4kMIRs51FIFQF12dw/videos

Two concerts posted in the last few days:
This one is from a concert at the Addis Gallery with an unknown date.  I’m guessing that it is from 1995 or 1996.   A strong performance from the PEK, Glynis Lomon, Craig Schildhauer trio version of Leap of Faith.  This line-up features prominence from the strings of Glynis and Craig.

The three tracks from this concert were issued on Evil Clown in the deep catalog releases prepared earlier this year on two albums – Track 1 & 3 on Elliptical Eccentricity and Track 2 on Computations.

This one is from the Autumn Uprising Festival in Jaimaca Plain in 1997. This was a 3 day festival with many of the stars of the Boston Improv Scene having sets. This Leap of Faith is PEK (reeds), Glynis Lomon (cello, voice), Craig Schildhauer (bass), Sydney Smart (drums).  An excerpt from this performance was released on the festival CD Autumn Uprising. Later, I issued the entire performance on Evil Clown on Unified Fields. 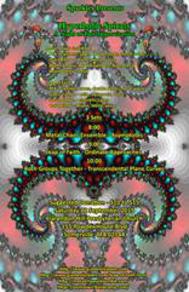 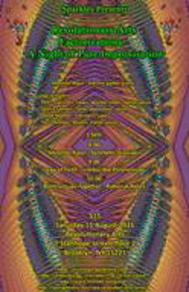 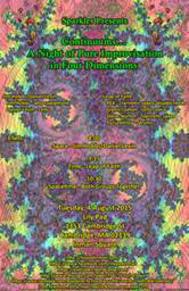