If your reading this from the webpage and you would like to receive this newsletter via email - send email to me at Sparkles@GiantEvilClown,com 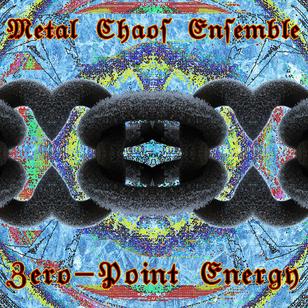 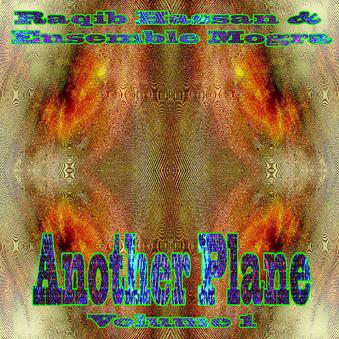 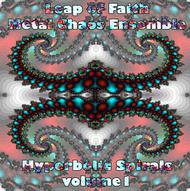 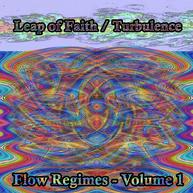 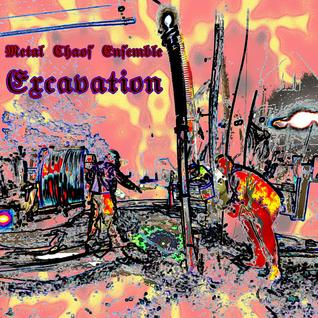 sonics osmosis at out of the blue gallery; Dylan's "ballad of a thin man" plays over p.a. Become loveable Problem Child (I think) had flute/sax/free jazz/ lester bangs woulda dug it; fable grazer had two acoustic guitars, 6 and 12-string (with feedback!), hammered dulcimer, miles david trumpet, electric guitar; very MX-80, maybe and everyone played for 10 minutes with a set of lights like they use in sporting events! Forbes graham MAY have been a fellow playing Miles davis trumpet and also using noises off his computer; metal chaos ensemble had pots and pans, basoon, sax and lastly a guy drumming like mad and SCREAMING + first half-Japanese e.p.! you get the drift; they meet once a month, Out of the Blue is VERY 1975 Bloomington Indiana, there was a hippie-dippie section and again MX-80 were "progressive-art-noise" so I was having 40 years ago flashbacks! Good fun, y'all should go!"

Leap of Faith did a little mini-tour of New York in August…  I sent Grego a box of CDs shortly afterwards and the first of his reviews is in!  Great new review just posted by Grego Edwards of Factorizations, the Leap of Faith / Steve Swell performance at New Revolution Arts in Brooklyn in August.

for Factorizations (Evil Clown 9075). The set was recorded at New Revolution Arts in Brooklyn in August

for the remainder. Pek is the ensemble's leader and plays clarinet, a variety of saxes, voice, etc. Glynis Lomon

is on cello and voice, Steve Norton is on clarinets and saxes and Yuri Zbitnov appears on drums and metallic

soulfully out motives, reminding us why he remains a central figure on New York's new jazz scene.

Swell, the reeds, cello and percussion. The out-lining group phrasing is expressively advanced, noisy at times

in the best sort of way, and filled with an excellent give-and-take. Swell spurs on Leap of Faith to their best

and vice-versa. This is a fine excursion into collective breadth and musical avant power.

reaches orbital heights, this one is for you. And of course if you appreciate great trombone in the zone, this

puts Steve in a good place as well. More!

You can find this on Bandcamp among other places 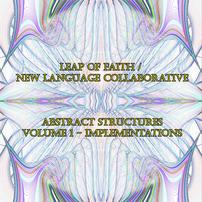 ​Leap of Faith will be taking a few months off during January and February but has a full scheduled planned for 2016.  Next shows will start in March.  We’ll do some recording with the various groups at Evil Clown Headquarters in the interim. 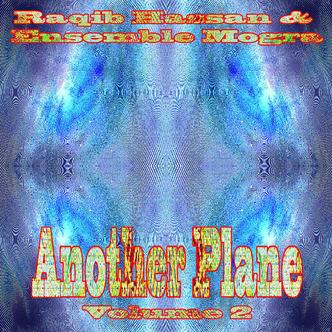 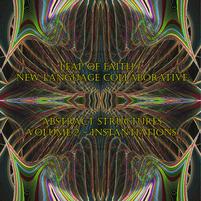 During the 90s, Glynis and I played quite a bit with the great saxophonist Raqib Hassan who sadly passed a few years ago.  I met Yuri while doing shows with Raqib.  Raqib was an amazing composer and his ensembles were much more jazz than most of the work that I have done or that is out on Evil Clown.

This set is a 2 CD release from Raqib’s second tribute to Sun Ra at the Western Front in Cambridge.  The band is Ensemble Mogra – a larger unit comprised of 10 notable players from the Boston Free Jazz scene including 3 drummers and percussion!

There was room left on the second disc, so I included a bonus track from a Cosmocentric performance in downtown Boston in 1993. 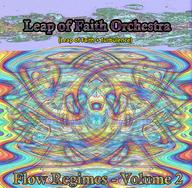 It turns out that Waltham Water and Sewer had to rip up the street to replace the pipe from Evil Clown Headquarters to the Sewer right when we were going to record!!!!

Stick a mic outside and use the construction sound in the piece of course!!!

This time we had MCE quartet (less Matt) and the special guest was Marc Drinkwater – guitarist with Fable Grazer and ringleader of the monthly Sonic Osmosis event at the Out of the Blue Gallery in Cambridge. 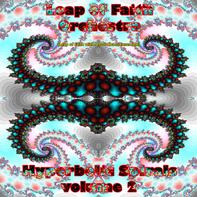 In 2016 we will repeat the cycle of 4 concerts with Leap of Faith combined with each of the other sections between March and May.  Then we will have 3 full orchestra performances between June and August.  The venue for these performances will be the Clarendon Hill Church in Somerville where Hyperbolic Spirals was performed.

Ensembles have been fleshed out for each of the extended sections… 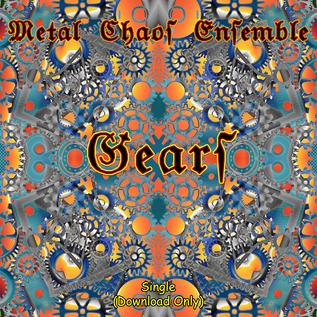 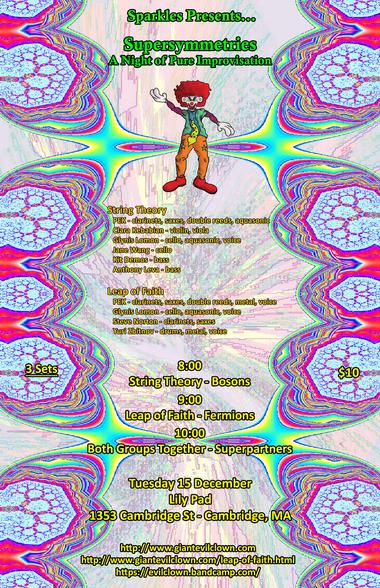 Metal Chaos Ensemble returns to the Out of the Blue Gallery in Cambridge for another Sonic Osmosis session.  This is a pretty unique event were a bunch of groups converge in a large space, each perform brief sets and then have a big loose jam session.

This time I brought the full documentation rig and got good video of all of the sets now posted on my YouTube page:  https://www.youtube.com/channel/UCCprJy4kMIRs51FIFQF12dw/videos

Since the session was very short (15 minutes), I put it out on Bandcamp as a Download-Only Single.  I’ll match it up soon with some other MCE session for a full length release.​

Metal Chaos Ensemble has continued its rapid-fire development.  The core unit is now up to 5 people.  We are especially excited to welcome the newest regular member Andria Nicodemou – the amazing and incredible vibraphonist from Cypress.

The first of these recordings is entitled Zero-Point Energy and features the full core quintet plus very special guest Jane Wang playing a group of instruments called sound plates which she made herself.  The plates sit on balloons which act as resonators and have long metal tines welded to them.  Jane bows them, strikes them and rubs them with various implements creating ethereal and other-worldy sounds.  It’s a fairly quiet instrument, so in addition to close micing it for the recording we eliminated the drum set from the ensemble and went to a more drony and suspended (chill) sonority than usual.

The full LOFO will be an expanded Leap of Faith with the core ensemble of PEK, Glynis Lomon, Steve Norton and Yuri Zbitnov together with an expanded percussion section, an expanded string section and an expanded wind section plus Sydney Smart (drums) and Eric Zinman (piano) from Glynis’ other band New Language Collaborative.  The percussion section is Metal Chaos Ensemble, the horn section is Turbulence, and the string section is String Theory.  Each of these extended sections has a gig planed with LOF this year in the usual LOF format – 2 bands play 3 sets, on each and then one together.  The combined sets are small two-section versions of the orchestra.  During the first half of next year we will again do these four shows.  These sets will all use our pure improvisation format.  After these shows, which will tighten us up in a variety of smaller versions of the orchestra, we’ll do our full first full orchestra performance.   For the full orchestra, I will create a score utilizing frame notation to control who is playing at any given point in the performance with time code displayed to the ensemble.  There will also be some written directions in the score defining pre-planned sonorities and perhaps even some notated lines or harmony.  I used these techniques in Expansions, performed at Mobius in 1994, although that composition included far more notated material that I am likely to use for LOFO.  As of this writing, I have completed a draft of the first of these scores entitled The Expanding Universe.

You can check out the new score here:

The first round of preliminary preparation performances are nearly complete.  Leap of Faith has done duel concerts with New Language Collaborative, Metal Chaos Ensemble and Turbulence.  The results of those performances have been documented on the Evil Clown Webpage and on CD / download file issued via Bandcamp.  The last one remaining is the 15 December performance with String Theory at the Lily Pad in Cambridge.

Here’s where to find progress to date…