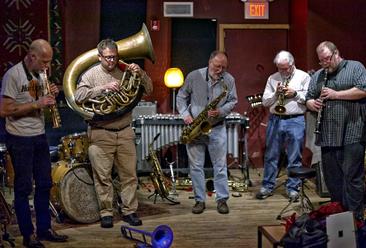 LEAP OF FAITH ORCHESTRA - Flow Regimes Volume 2 (Evil Clown 9084; USA) The Leap of Faith Orchestra features PEK on multiple reeds & double reeds & game calls, Glynis Lomon on cello & voice, Steve Norton on saxes & clarinets, Andria Nicodemou on vibes, Bob Moores on trumpet, Charlie Kohlhase on saxes, Dave Harris on tuba & trombone and Yuri Zbitnov on drums & metal. This set was recorded at the Lily Pad in Cambridge, MA in October of 2015, not very long ago. Since coming out of retirement, Leap of Faith, have been playing live more often and have done a number of sets with other like-minded guests and ensembles. Here, LoF combine forces with another Boston area based band called Turbulence. The one member of which I am previously familiar is saxist Charlie Kohlhase, who has worked with Either Orchestra, John Tchicai and Dennis Gonzalez. 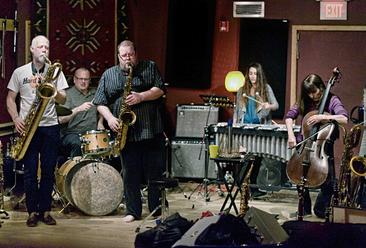 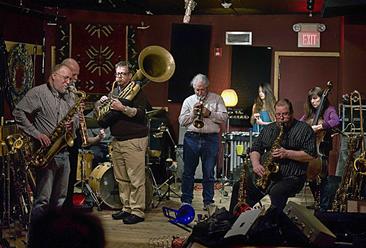 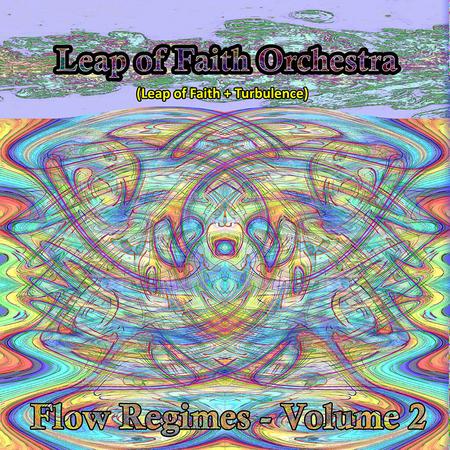 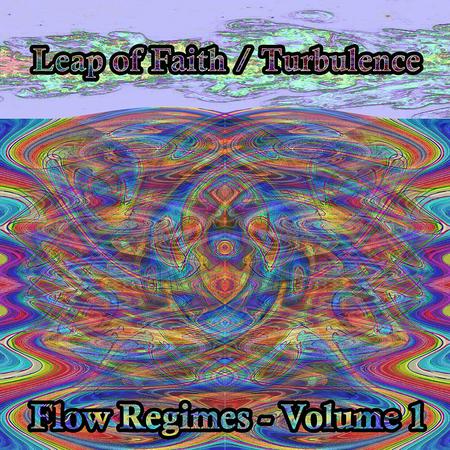 Considering that there are some eight musicians involved in the set, there is some spiritual glue that keeps things focused and not completely chaotic. After a somewhat calm intro, the turbulence starts to get more dense when Ms. Lomon's voice kicks things into the next level. The tuba plays a low drone at the bottom as the other horns and percussion play connected layers above. The music is well-balanced and often sounds directed, organically evolving from section to section. I found this set pretty mesmerizing, never too dense or disturbing. About 51 minutes long and consistently fascinating. - Bruce Lee GallanterType.